26th April 2022
There was an excellent turnout tonight for the presentation of trophies and end of season social. It was heartening to see so many members in the Community Centre as so far the meetings have been hybrid, allowing members to log in from home on Zoom. Congratulations to all who won trophies and to those who achieved places and received certificates.
For a full list of winners see Trophy Winners 2021-2022

26th April 2022
Fortunes were mixed at the final of the GDPU Image League. The good news was that member Wullie Graham earned a medal for the best image of the evening. The medal will be posted to Wullie once it has been engraved. Carluke camera club was the well deserved winner with Eastwood coming a very close second. The disappointing part of the evening was that Motherwell came in joint fifth along with Strathaven out of six clubs.
The standard of the images was outstanding and members who attended on Zoom enjoyed the evening.

14th April 2022
Ruth Hayton from Ayr judged the last competition of the season tonight. The Hugh Shaw Memorial Trophy would in normal times be a print competition, but because of the pandemic was in image format.
Ruth gave comments and constructive suggestions as to how in her opinion each of the images could be improved before giving her marks which varied from 13 to 20 out of 20.
The winner of the competition and the trophy was Bill Robison with an image entitled Snowstorm. The Red Kelpies by Dominic Smith was in second place and Proud Mary by Wullie Graham was in third place. 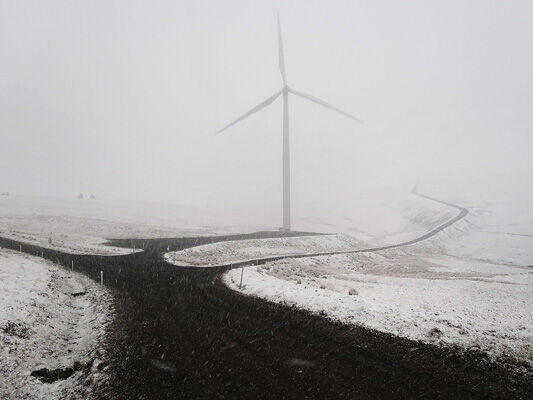 7th April 2022
A good turnout of members viewed The SPF Digital portfolio 2021. The quality of the images was excellent with a good variety of genre, including wildlife, landscapes and portraits.
Motherwell had two acceptances - "Speed King" by Linda Greenhill and "Frozen in Motion" by Wullie Graham.

31st March 2022
Members were delighted to welcome Stan Farrow to the club on Zoom, both at The Community Centre and a few members on line from home. Stan is well known in photographic circles for his distinctive style of photography and is a member of St. Andrews and Dundee camera clubs. His talk was called "Photo Art" and was well illustrated by a massive array of his pictures which he turns into Art Work, pointing out which images he would enter into competitions and those he would consider to hang as works of art in their own right or be used for exhibitions of which he has had many.

24th March 2022
Members enjoyed a talk entitled Exploring Creativity using intentional camera movement by Peter Bayliss from Yorkshire. The talk was well illustrated by Peter's colourful and varied images using the technique. Subjects such as trees, cities and Christmas lights were given the treatment, the results sometimes being abstract and others, such as York where the subject was still reasonably well defined.

25th March 2022
The yearly friendly battle between Carluke, Hamilton, Lanark and Motherwell was well attended on Zoom. Traditionally the competition is in print format, but the last two years has been in image format because of the pandemic.
The quality of the images was exceptionally high, with Carluke winning comfortably and Motherwell and Hamilton drawing for second place. The top image of the evening, from a Carluke member was of two greenfinches in flight. The image was stunning and was well deserving of it's the score of 20.

17th March 2022
Dominic Smith swept the board in the Landscape and General section of the third print competition(in image format). Jim Stevenson was the first live judge the camera club have had at the Community Centre in many months.
Dominic's three sports images, in one of his favourite genres were "Blue Boots" in first place and "The Tussle" and "Defying Gravity" in joint second place.
Wullie Graham dominated The Portrait section, also in one of his favourite genres with first and third place with "Proud Mary" in first place and "I Spy" in third place. Second place went to Wullie Elliot, a relatively new member to the club with "Three Young Women".

3rd March 2022
A good turnout of members took part in a practical night with a difference. President Linda Greenhill brought along her action figures and various backdrops for members to photograph. From Action Man to Spiderman, and many more, the members enjoyed posing the figures and catching up with other members they had not seen for many months.
A portable internet dongle was also quickly working enabling the camera club to meet in person and watch speakers on Zoom at the Community Centre. 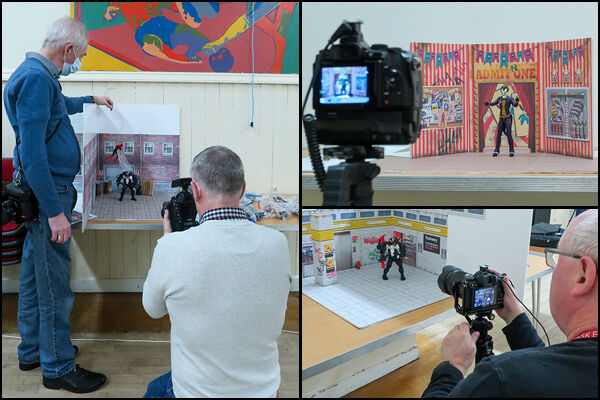